. Its glyph ○, which is shared with the dyadic arithmetic function Circular, alludes to pi being the ratio of a circle's circumference to its diameter. The phrase "some value times

raised to some power is rare, which explains the design decision behind this function. 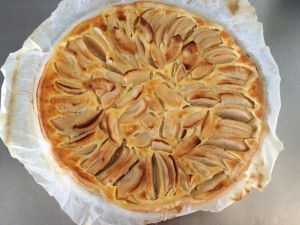 can be obtained by giving the argument of 1.

As a pun, ○1 is often called apple pie, jokingly using an unconventional pronunciation of the name APL in conjunction with the homophones pi/pie.