Difference between revisions of "APL Campfire" 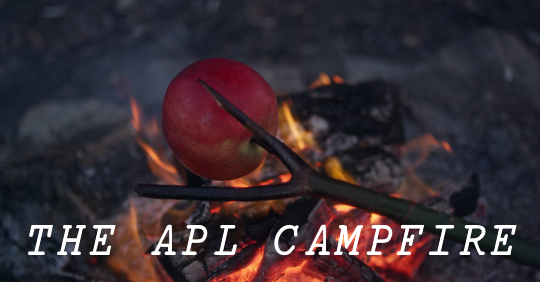 The APL Campfire was a recurring meeting hosted by Adám Brudzewsky every fourth Sunday at 18:00 UTC, from 9 May 2021 until 12 June 2022, with each session lasting about an hour. The event focused on the history of APL programming, inviting participants to tell stories of their experiences in an informal setting. The meetings were recorded for future reference.[1]

The series started after Joel Wittenberg contacted Dyalog Ltd., wanting to reconnect with the APL community. He started the APL Dinosaurs Facebook group, and suggested a live meeting. Via Zoom, he met with his friend Harry Saal and Dyalog employee Adám Brudzewsky for an hour on May 9, 2021. The meeting was deemed so enjoyable, that the group decided to make it a scheduled recurring event.