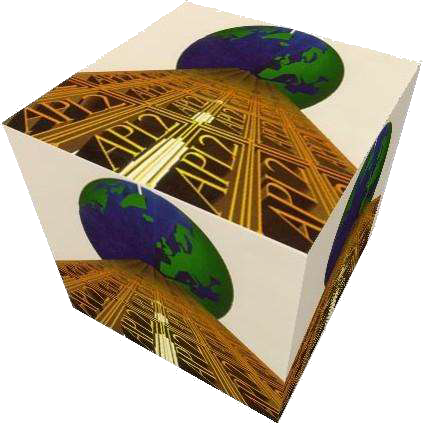 APL2 was a significant re-implementation of APL by IBM which was developed from 1971 and first released in 1984. It provided many additions to the language, of which the most notable is nested (non-rectangular) array support. It was available for mainframe computers running z/OS or z/VM and workstations running AIX, Linux, Sun Solaris, and Microsoft Windows.

APL2's extensions to ISO 8485:1989 were standardised as ISO-IEC-13751. APL2 supports entry of complex numbers in the following forms:

No further core language features have been added, with improvements instead consisting of powerful Quad names.

The entire APL2 Products and Services Team was awarded the Iverson Award in 2007.

On January 26, 2021, IBM announced that IBM APL2 would be removed from the market on April 7, 2021, while support would continue until September 15, 2021, without the possibility of extension. Customers were advised to use Log-On APL2, which comes with a support option, as a replacement product.[1] Log-On APL2 will be distributed by the American-Israeli IBM business partner Log-On Software. It is advertised as fully compatible with APL2, and is scheduled for release on April 7, 2021.[2]