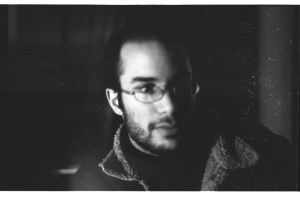 I was born at Marousi, Greece sometime in the 20th century.

I'm here because APL is F.U.N. and the APL community has been very welcoming.

If I was asked to describe my relationship with APL and the APL community, I'd point you to the "Don't Stop Me Now" song by Queen. Here's the official videoclip from the band's channel at YouTube.