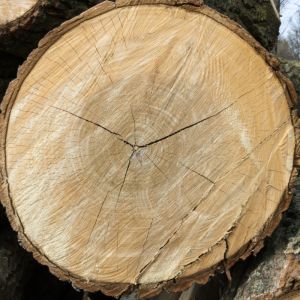 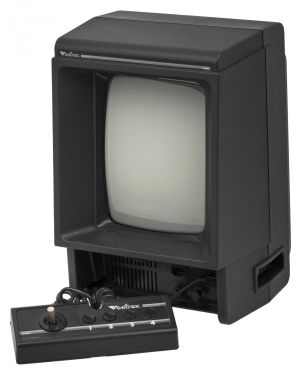 ⎕ is the prefix for all system names, and also manages input from the console as well as output to the console. For that, it is a stylised console. ⍞ looks like a ⎕ with a quote ' indicating string input and message output.

⊥ looks like the base of a pillar, converting from that base. Antibase uses ⊤ by analogy, and looks a styled letter T for "To base". ⊤ and ⊥ are also respectively known as Encode and Decode. To remember which is which, ⊤ looks like a styled letter T, so think "Ten-code". 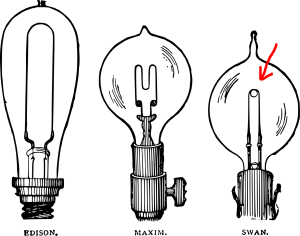 The following mnemonics are for Dyalog APL's US English keyboard layout, but can easily be adapted to similar layouts.

⋄ begins new APL expressions just like ` button begins the main section of the keyboard. ⌺ is a modified version of ⌺, so it is Shift+⋄.

¨ applies a function to each 1 of the argument elements, so it is on APL+1. ⌶ looks like a Roman numeral 1, so it also lives on the 1, albeit in the shifted position.

⍒ and ⍋ are located on # (read "pound", £ on British keyboards). ⍒ pointing down is on the lower of the two numbers 3 and 4. This can be remembered as the pound going down due to Brexit.

⌽ mirrors an array over its vertical centre, so it is placed on the centre of the 1–9 number line. ⍉ is slightly off centre, while ⊖ has completely fallen over.

∨ and ∧ are on the largest (9) and smallest (0) digits, respectively, as ∨ is inclusive (any argument being true gives true) while ∧ is exclusive (any false gives false). Their negated versions ⍱ and ⍲ are on the shifted positions.

⍴ is the Greek equivalent of r.

~ is on t for its name tilde, and its variant with diaeresis, ⍨, is on the shifted position.

○ is on o due to the similar looks, and ⍥ is the shifted variant. ⍥ is also on O for Over.

* is on p for power, and ⍣ is the shifted variant.

← and → match the directionality of [ and ]. ⍞ is usually immediately assigned to/from using ←, so they share key. ⍬ is the empty vector and vectors are usually pictured as arrows pointing right, so it shares key with →.

⊢ is on the rightmost key, and its shifted variant ⊣ points the other way.

⍺ looks similar to a. The Greek letter ⍺is also equivalent to the Latin a. Finally, ⍺, being the left argument, is (below and) to the left of the right argument ⍵ on w.

⌈ is on s for seiling (since c is pronounced like s here) and also finds the superlative argument. ∊ is adjacent on d for rounding down.

_ is on f for being a floormat.

∇ is on g for go!, indicating the beginning of a function definition or going around again (recursion). Adjecent, we find its upturned variant, ∆, which is a home tent, located on on h.

∘ on j is called jot. Its variant with diaeresis, ⍤, is on the shifted position.

⎕ is on L which looks like its lower left half. ⌷ is its squished equivalent, on the shifted key.

⍎ executes code, and is on ; which is a ubiquitous symbol in code. Adjacent is ⍕ which is its inverse and is found on ' because it makes things into text, as indicated by the quote.

⊂ is on z because it zips up (encloses) a value into a scalar. Its shifted variant ⊆ only does so conditionally. Its inverse and mirror-image, ⊃, is located adjacent, on x because it extracts (discloses) the content of an enclosed scalar.

∩ is on c for cap, and its upturned variant, ∪, is adjacent on v to which it is visually similar.

⊥ is on b because it evaluates digits in a given base. Its upturned variant ⊤ is adjacent on n because it (e)ncodes a normal number to a custom number system.

| is on m for modulo/magnitude and modulus.

⍝ is on , due to the similarity of the words comma and comment. Shifted , gives the barred version, ⍪.

⍀ is adjacent to its mirrored counter-part ⌿ which in turn is a barred version of its key, /.

⍠ varies the meaning of its operand, so it is in the corner on ?, adjacent to all the shifting keys.

All the above mnemonics are annotated on the below image of a US English keyboard layout:

Monadic form is like dyadic form with a default left argument

Both forms are good fit for the glyph

The two forms are conceptually related