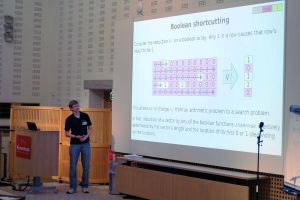 After leaving Dyalog, Lochbaum has been developing the BQN language. He has become a frequent visitor in the APL Orchard and ran the APL Seeds series of chat lessons there.