Difference between revisions of "Geoff Streeter" 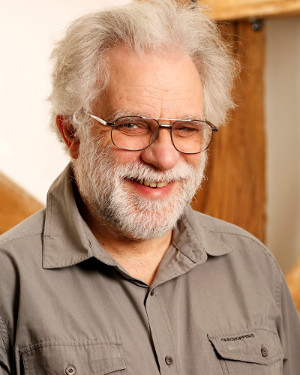 Geoffrey Roy Streeter was one of the initial five employees of Dyalog Ltd. and, with John Scholes and David Crossley, developed the first version of Dyalog APL. He has remained in both roles since, continuing the language's development.

Streeter worked as an APL programmer at Atkins Computing in 1976 when Dyadic Systems (now Dyalog Ltd.) was formed, and was hired by his manager Phil Goacher to join the company.[1] In 1981 he and Dave Crossley hired former colleague John Scholes to begin working on an APL implementation for the Zilog Z8000, which was released as Dyalog APL in 1983. Streeter and Scholes worked full-time on the project from one of Zilog's offices, while Crossley split his time between being a Dyalog project lead and an APL consultant. The two made, often after substantial disagreement, most design decisions in Dyalog's early development; Scholes remarked on Streeter's attention to detail and emphasis on making design work in all cases, including both backwards compatibility and potential future developments.[2]

In addition to implementing the Dyalog language, Streeter worked on support for various operating systems and interoperability between them, such as loading workspaces and component files in a system with a different bit width or endianness than the one that wrote them. He ported Dyalog to 64-bit Windows with version 11.0 (2006),[3] and implemented support for memory-mapped files in Dyalog.[2] Additionally, Streeter maintains the X11 keyboard layouts used for typing glyphs on Linux.[4]