Reverse Compose and Beside treat their arguments in an asymmetric way. They can be seen as using a monadic function to pre-process the left or right argument, respectively, before proceeding to apply a main function. Their patterns can be visualised as follows:

Atop and Over treat their arguments in a symmetric way. They can be seen as using a monadic function to post-process the result or pre-process the argument(s) of a main function. Their patterns can be visualised as follows:

Trains provide a way to apply a function to the result(s) of one (for 2-trains) or two (for 3-trains) other functions. These patterns are also called Atop and Fork, and can be visualised as follows:

The operator represented by Jot (∘, in this context called Bind) and the 3-train can also be used with constant arrays, then treating the arrays (A) as constant functions, much as if they were used as operands to the Constant operator (A⍨): 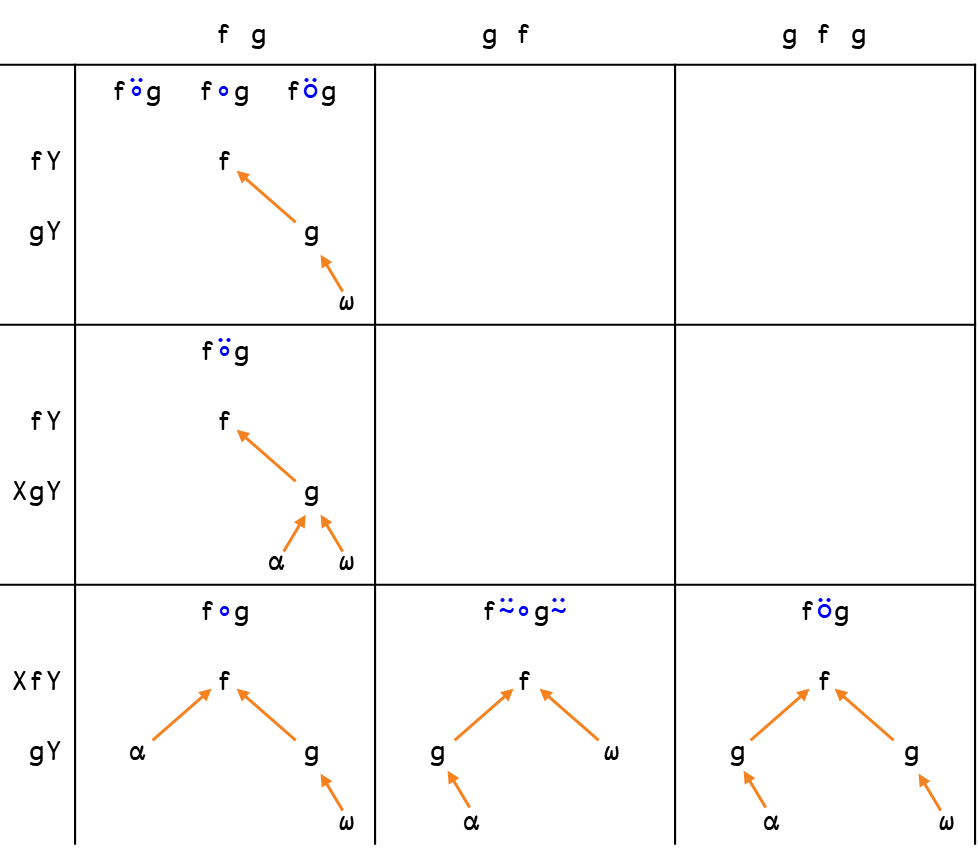