From APL Wiki
Revision as of 22:57, 5 November 2020 by Adám Brudzewsky (talk | contribs) (Created page with "'''Array notation''' is a way to write most arrays literally, with no or minimal use of primitive functions, possibly over multiple code lines. While APL has had at le...")
(diff) ← Older revision | Latest revision (diff) | Newer revision → (diff)
Jump to navigation Jump to search

Array notation is a way to write most arrays literally, with no or minimal use of primitive functions, possibly over multiple code lines. While APL has had at least simple numeric Strand notation since APL\360, no major APL has implemented native support for an extended notation as of 2020.

At Dyalog '15, Phil Last explained that he considered the lack of such a notation a big hole in APL notation and gave a suggestions for such a notation. He presented a model using square brackets to indicate collections of major cells of rank 1 or higher, delimited by line breaks and/or diamonds, for example [1 2 3 ⋄ 4 5 6] would be equivalent to 2 3⍴1 2 3 4 5 6. He also proposed that if the delimited expressions were assignments, then the notation would instead declare members of an anonymous namespace, for example for example [a←3 ⋄ b←6]. He pointed out that this overloading of the symbols meant that the array notation could only represent constants, as allowing general expressions would lead to ambiguity. He also mentioned that doubled symbols or Unicode brackets could be used instead.[2] 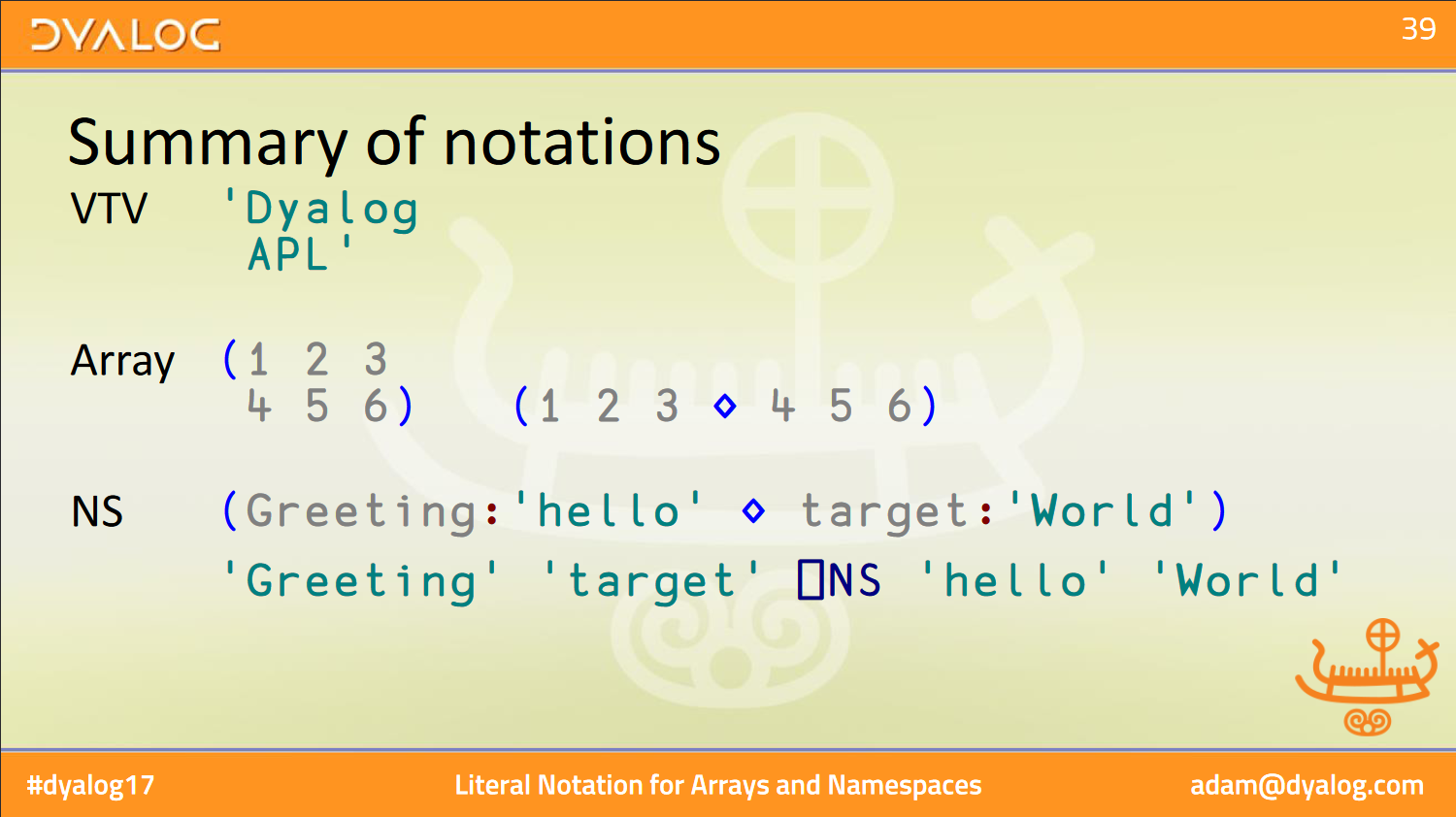 In addition to the main array notation, Brudzewsky also proposed allowing line breaks between quotes in strings to represent a vector of character vectors (with leading and trailing spaces trimmed).[3] While not included in the live presentation, Brudzewsky's slide deck included a discussion of whether expressions resulting in a scalar should be treated as singleton vectors or not. It concluded that if they were treated as vectors, then an alternative notation in the form of a line continuation character would be necessary to allow writing large vectors over multiple lines of code.[4] 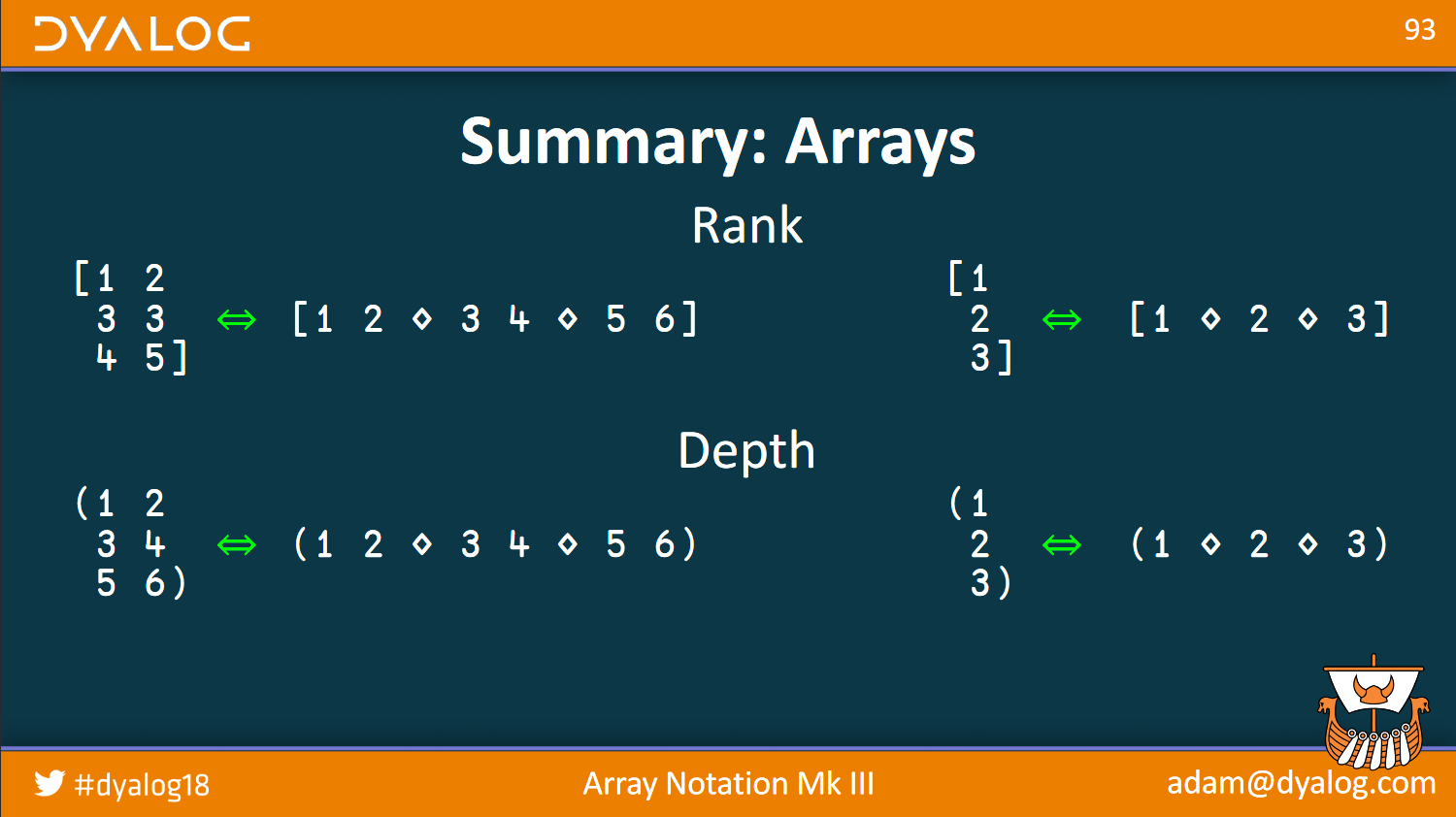 The namespace notation remained as before, using round parentheses so the empty namespace could be written in a consistent manner, but he presented formalised scoping rules for the value expressions, namely that these would run in the surrounding namespace, but within their own scope, so any assignment done during such an expression. For example (a:b,b←1 2) would neither populate the new namespace with a member b, nor create such a variable in the global scope.[5] Acre quickly adopted this notation.

In the spring of 2020, dzaima/APL adopted the proposed array notation with the exception of forcing the result of statements in square brackets to rank 1 or higher.[6]